2,000-Year-Old Rooms Found By The Western Wall in Jerusalem 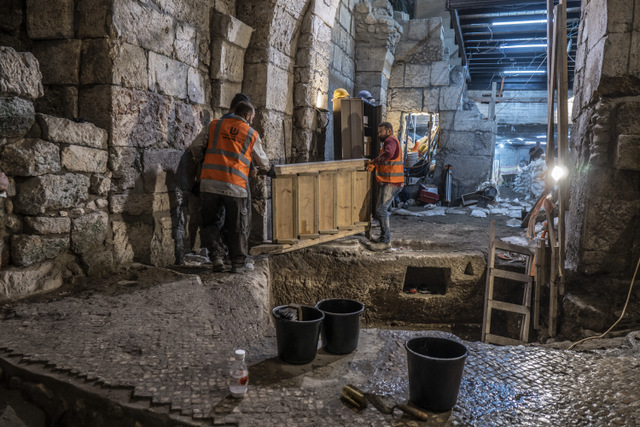 A two-millennia-old subterranean system of three rooms has been uncovered near the Western Wall. The three-room complex — painstakingly chiseled by hand out of bedrock prior to the fall of Jerusalem to the Romans in 70 CE — is the first evidence of everyday life underground in the ancient city.

“This is a unique finding,”
said Israel Antiquity Authority co-directors Dr. Barak Monnickendam-Givon and Tehila Sadiel. “You must understand  that 2,000 years ago in Jerusalem, like today, it was customary to build out of stone blocks. The question is, why were such efforts and resources invested in hewing rooms underground in the hard bedrock?” the archaeologists said.

The purpose of the three-room complex, hidden for centuries under a large 1,400-year-old Byzantine white mosaic floor, is still being investigated, but it may have served as a basement pantry, living space, or even a place to hide during raids, the IAA directors said, noting that perhaps the rooms were part of a larger public structure that has since been obliterated.