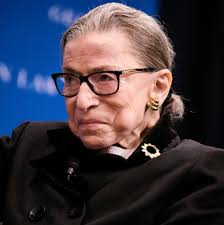 U.S. Supreme Court Justice Ruth Bader Ginsburg has said that her cancer has returned, but ruled out retirement from the nation’s highest court. Ginsburg, 87, said in a statement released by the Supreme Court, that she has been receiving chemotherapy every two weeks since May 19, which has reduced lesions on her liver. “I have often said I would remain a member of the court as long as I can do the job full-steam,” she said. “I remain fully able to do that.”

Ginsburg’s statement was released one day after she was released from Johns Hopkins Hospital in Baltimore for the treatment of a possible infection. Ginsburg, who has sat on America’s highest court since 1993, has experienced a number of health issues over the past few years. Earlier this year, she was hospitalized with an infection in her gallbladder. In August 2019, she underwent radiation for a tumor on her pancreas. In December 2018, she had surgery to remove cancerous nodules from her lungs.