The Marcus Foundation has pledged $20 million to USY (United Synagogue Youth) to subsidize teen travel to Israel each summer. The project, called RootOne, is part of the Jewish Education Project, which also sponsors EpicIsrael, for shorter trips to Israel.

The winner of the $1 million Genesis Prize, known as the Jewish Nobel, will be announced early next year. The seven individuals on the short list have been selected from more than 4,000 names nominated by some 45,000 people worldwide, including the following: 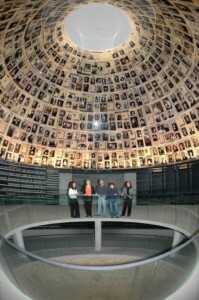 Yad Vashem in Jerusalem and the University of Notre Dame and its global network are teaming up to increase and encourage advanced Holocaust education and research across the world. Yad Vashem’s International Institute for Holocaust Research and its International School for Holocaust Studies will work together with members of the faculty, staff and students at the university.

“For our students who study abroad in Jerusalem, the collaboration will allow for greater access to Yad Vashem’s resources…to pursue their research…on Holocaust studies, said Michael Pippenger, the university’s vice president.

“Yad Vashem is committed to ensuring that the history of the Holocaust continues to be relevant today and in the future,” said director-general Dorit Novak.     Photo: Hall of Names/DShank 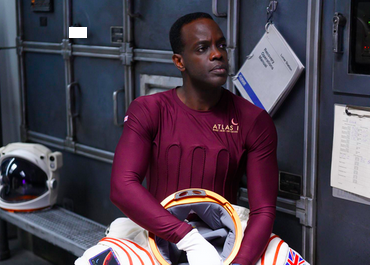 America is launching its first mission to Mars — and there’s a chumash on the spaceship. This is not a treasure hunt. It’s part of a Jewish subplot in the first season of Netflix’s space soap opera “Away.” The chumash is the prized possession of one of the main characters, black Jewish botanist Kwesi Weisberg-Annan, played by American-born actor Ato Essandoh.

According to Irene Connelly, reviewing for The Forward, the series is an astronaut drama with more emotional baggage and crises per episode than “Grey’s Anatomy.” The plot revolves around a multi-national crew of astronauts led by American commander Emma Green, played by Hilary Swank, whose major job seems to be solving the astonishing number of mechanical problems that plague the supposedly state-of-the-art space craft, Connelly says.

Kwesi’s Jewish journey began in Ghana, where he was born and orphaned, and continues when he was adopted by a British couple: Miriam, a Jewish woman, and Sisi, a Ghanaian immigrant who came to Judaism through his wife. Through Kwesi, Judaism is central to the show’s exploration of faith.

“Away” is one of several recent shows with Jewish characters and themes, including “Unorthodox,” “The Marvelous Mrs. Maisel,” and “Shtisel.”

Bahrain, another Persian Gulf nation has agreed to normalize relations with Israel. Israel and Bahrain will exchange ambassadors, have direct flights, and launch economic initiatives.

Jewish groups from both sides of the political aisle applauded the development. “Bahrain’s decision to normalize relations with Israel is yet another positive indicator that change in the region is moving in a welcome, positive direction” B’Nai Brith CEO Daniel Mariaschin told Jewish News Service, “The UAE and now Bahrain are sending a strong and unmistakable message that peace and stability in the region are indeed reachable.” 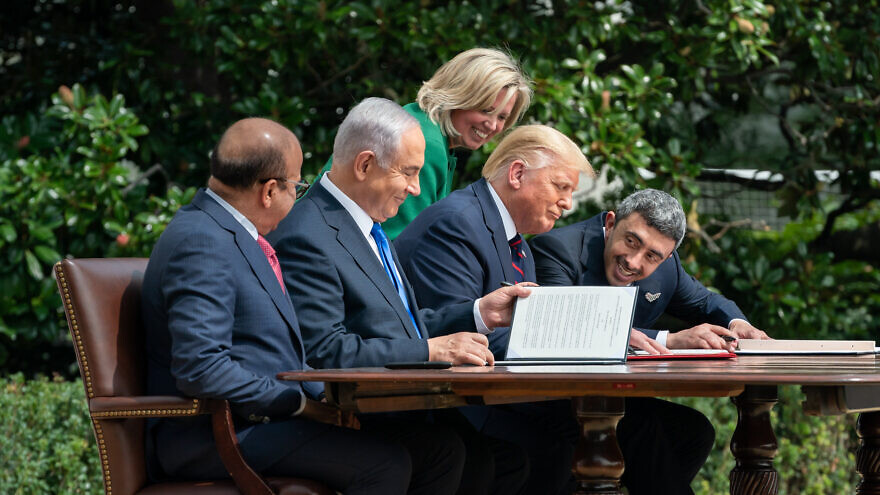 The first commercial flight from Israel to the United Arab Emirates touched down in Abu Dhabi on Monday, August 31, carrying a delegation of U.S. and Israeli officials.

In a joint statement with O’Brien and Kushner, Israeli Prime Minister Benjamin Netanyahu said he was pleased by the speed with which Israeli-UAE normalization was progressing. The Emirates’ abolishing the official boycott against Israel “opens the door for what I can only call unbridled trade, tourism, investments, and exchanges between the Middle East’s two most advanced economies,” Netanyahu said.

Speaking on the tarmac at Ben-Gurion International Airport just before takeoff, Kushner expressed his hope that the flight would inspire Muslims and Arabs worldwide.

The treasure needed to be secured. So the hoard of 425 gold coins was stowed in a clay jar, its lid secured with a nail, and stashed in the sands of what is now central Israel.

And there it sat, undisturbed, for more than 1,100 years, until mid-August 2020, when two 18-year-olds taking part in an archaeological excavation by a hillside in Yavneh noticed something unusual that turned out to be an ancient treasure.

The teenagers were volunteers in as vast project linked to the construction of a community in Yavneh, south of Tel Aviv. The program offers the promise of connecting young people with history and, while it is meant to be culturally rewarding, it is not often that someone strikes gold — literally.

The coins, which weigh less than two pounds and are made of pure gold, date to the 9th century, when the Abbasid Caliphate ruled a vast empire stretching from Persia in the east to North Africa in the west.

Liat Nadav-Ziv and Elie Haddad, archaeologists at the Israel Antiquities Authority, which is in charge of the sprawling excavation site, said in a statement that the finding “might indicate that international trade took place between the area’s residents and remote areas.” They also said it was clear that the money had been hidden on purpose. We can only guess what prevented the owner from returning to collect this treasure, they said. 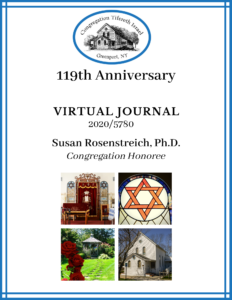