What an opening party we had. People just kept coming online to join in on the fun and, of course, to bid on the items. The auction will be up for 10 more days, and we hope you will return again and again to see new items on the auction block and to check the status of your bids.

If you missed the party, you can still join the fun. Here’s the link that will take you right to the bidding site and we hope you share this link with your friends and family:
http://www.32auctions.com/CTI-VirtualAuction

There’s been lots of excitement about this item: United Nations lunch for 4 in the Diplomats’ Dining Room, followed by a private tour with an ambassador. How about making a bid on that item? Or any of dozens of other choices.

Hello, Lunch and Learners. Here’s a preview of what’s on tap for the 7th week of our Zoom at noon program. We hope you were able to Zoom at noon on Monday for a delightful sing-along with Cantor Melissa Berman, who led us in songs, spirituals and rounds to celebrate Memorial Day. On Thursday, Rabbi Gadi followed up with insights into the memorial customs and rituals in Judaism — why we do what we do.

Coming up this Monday, June 1, is a session we’ll call “Hairy Business,” to be led by Ladan Shalom-Murray, a hair stylist, corrective colorist, and founder of the fashionable Paul Izak Salon and Day Spa, who will help us deal with all of that hair. For months, we have been social distancing, sheltering in place, and growing hair. We need help. Ladan to the rescue.
​​​​​​​
On Thursday, June 4, Rabbi Gadi will follow up on the hair theme with a session titled “From Samson to Absalom.” Samson’s long hair, as we know, endowed him with great strength, whereas Absalom’s bestowed great beauty. What do we learn from that?

Sign into Zoom at 12 o’clock every Monday and Thursday. Have lunch with shul friends, and learn a little, followed by a Q&A and some lively discussion. Visit www.tiferethisraelgreenport.org, click on “go to meeting,” follow the prompts, and type in the password you use for services and events. That’s all there is to it.
Why lunch alone? Come eat, come listen, come talk. Don’t forget: Zoom at noon for Lunch and Learn. See you Monday. 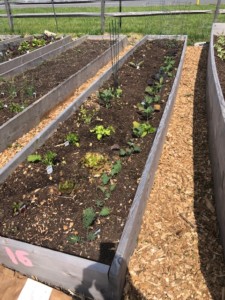 The Shofar proudly recognizes the members of our congregation who are stepping up with other community organizations, churches and individuals to participate in a common ambition to provide for those in need. The charity is called the Common Ground Project — growing vegetables to stock local food pantries, including CAST, for the poor.

The project was initiated by Holy Trinity Episcopal Church in Greenport, thanks to a grant from the Episcopal Ministries of Long Island, the generosity of Treiber Farms, which donated the land and watering system, and the hard work of a dedicated group of volunteers, who are cultivating a quarter-acre on Route 48 in Peconic (look for the Dodge truck with the giant American flag on its side; that’s Treiber Farms.) The Boy Scouts helped build the raised plots, Southold Town donates the soil, Marion Gardens in East Marion donates the seedlings, and the horse farm across from Treiber Farms supplies the manure to fertilize the plants. Clearly, the Common Ground Project is a true community garden. 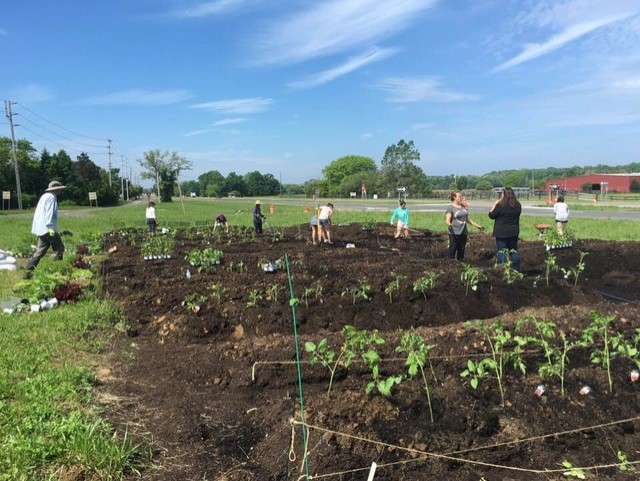 For quite some time, a volunteer gardening group from our shul has put hands in the dirt to plant, weed and water the young veggies in Bed 16. But recently, the group took on a second plot, Bed 18 (chai), a number that figures prominently in modern Jewish culture. [In Hebrew, chai means life and/or luck. The Hebrew letters that spell chai add up to the numerical equivalent of 18, which is why many Jews make contributions in multiples of $18.] The gardening group maintaining the two beds are Tom Byrne, Rabbi Gadi Capela, Miriam Gabriel, Adrianne Greenberg, Veronica Kaliski, Jesse Reese, Suzi Rosenstreich and Madelyn Rothman. Those interested in helping can contact Veronica at v2kay@aol.com/.

Six-time New York Times bestselling author and former Secretary of State Madeleine Albright reflects on the final stages of one’s career, and working productively into your later decades in this revealing, funny and inspiring memoir.

Named one of the best books of 2019 by The Economist, and a New York Times Book Review Editors’ Choice. A National Jewish Book Award finalist. Sephardic historian Sarah Stein uses the family’s correspondence to tell the story of their journey across the arc of a century. They wrote to share grief and reveal secrets, to propose marriage and plan for divorce. They wrote because they were a family.

Few artists have had as much of an impact on American pop culture as Stan Lee. Witness the characters he created — Spider Man and Iron Man, the X-Men and the Fantastic Four. This illuminating biography draws surprising connections between comic book heroes and the ancient tales of the Bible, the Talmud and Jewish mysticism. 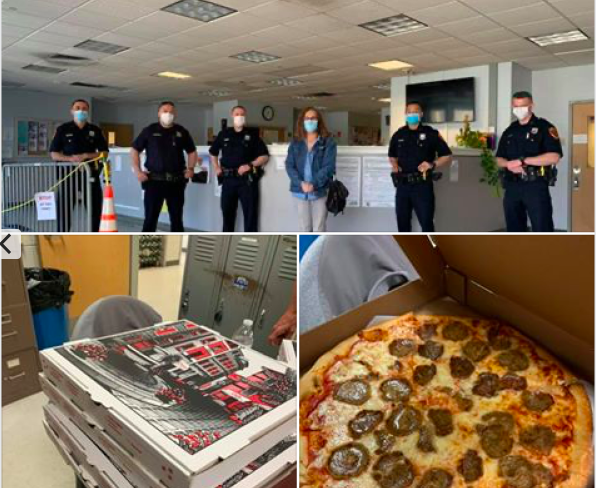 In appreciation for responsiveness to their communities, member congregations of the East End Jewish Community Council donated pizza pies and hero sandwiches to local police departments.

Our shul worked with the North Fork Reform Synagogue to recognize Chief Martin Flatley and his team at the Southold Police Department. In all, eight departments on the North and South Forks were recognized, including Sag Harbor, Southampton, Westhampton Beach, Riverhead, Suffolk County precincts, and the New York State department in Suffolk County.

Coordinating the total effort was shul member Ladan Shalom-Murray, who worked with Rabbi Gadi Capela, president of the organization, to develop the project. “Because of all our first responders, we have a safer and better community today and always,” the council said. “We pray for the health, safety and strength of all of our front liners. With God’s help, may there soon be global healing.” 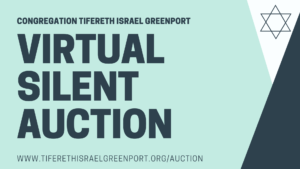